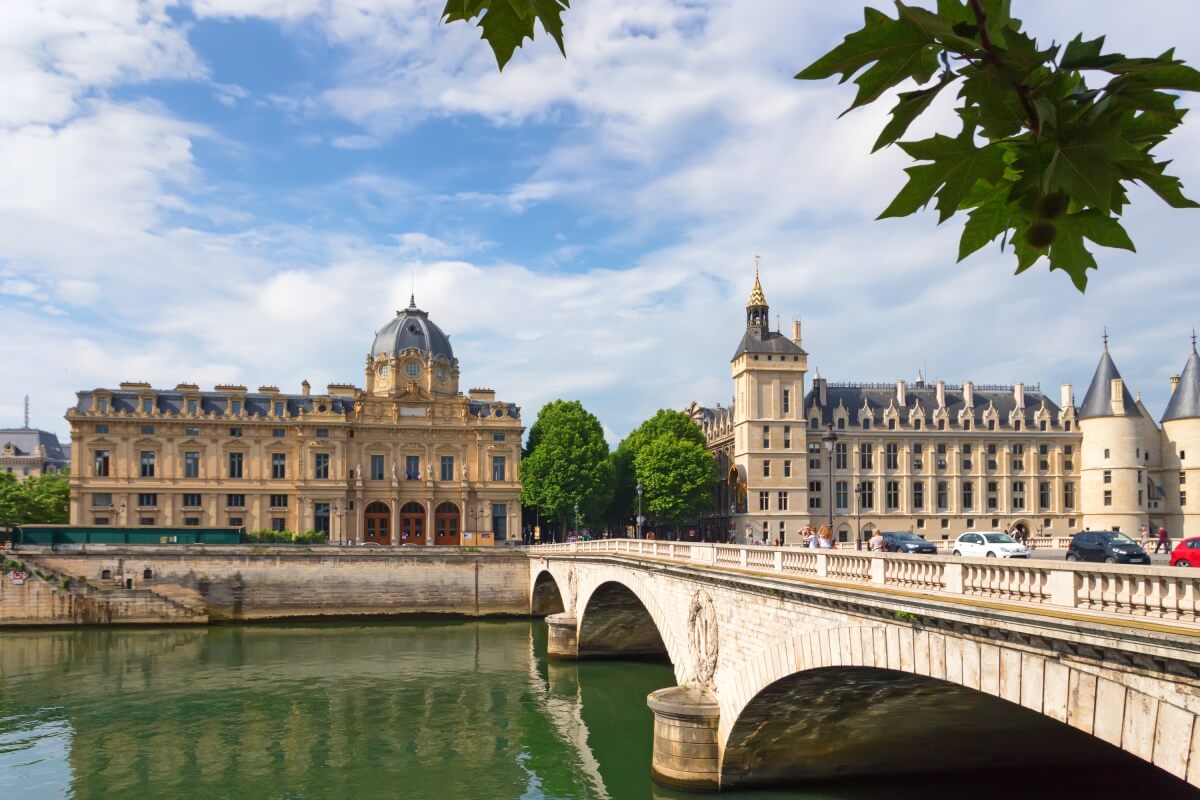 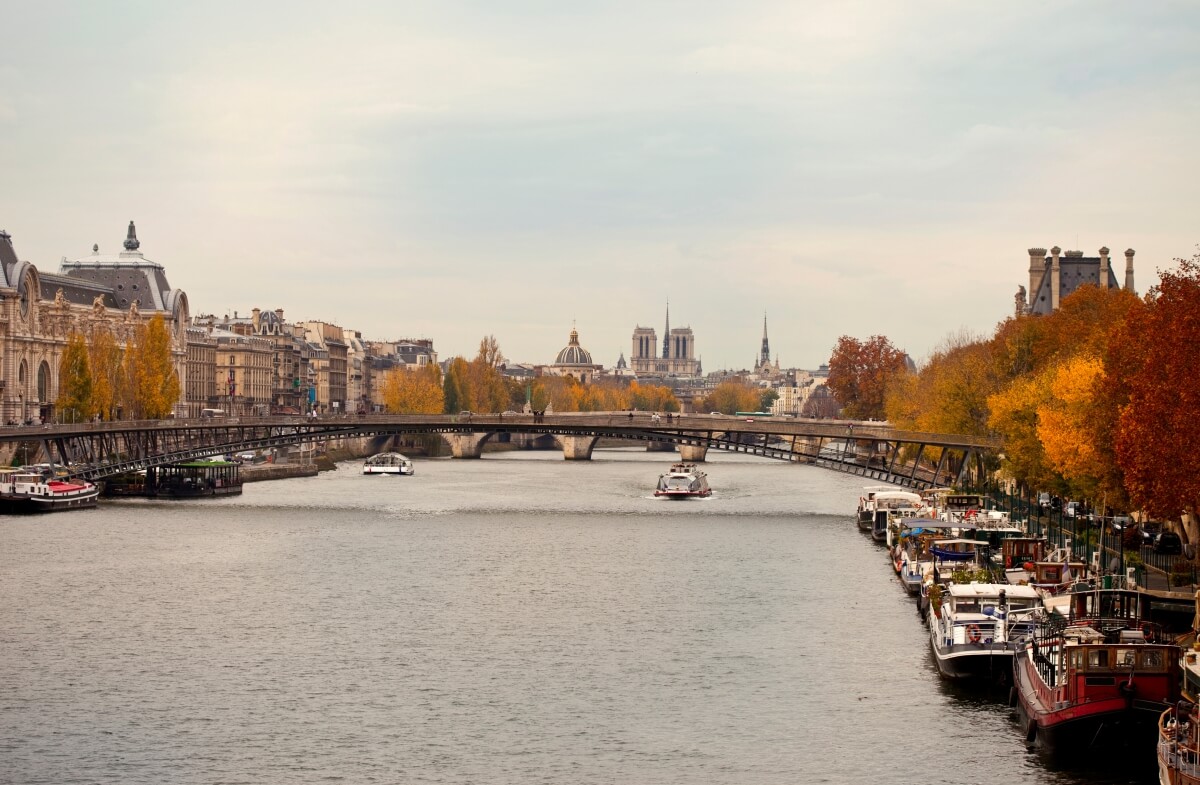 Participation Price €569 per person in a double room with breakfast

1st day: Flight to Paris – Check in at the hotel - Paris by night

Meeting at the airport and departure by direct flight to the French capital. Arrival and transfer to our hotel. Arrangement in the rooms and free time to eat on your own. For the evening, those who wish optionally, can participate in the Paris By Night Tour to admire the unique city, illuminated. We will enjoy a magnificent cruise on the Seine and then we will see the main attractions of the city and discover the mysterious atmosphere in the festive evening Paris. Among other things, we will see the decorated City Hall of the city and the illuminated avenue of the Champs Elysees. Then there will be a climb to the highest natural point of the city, the hill of Montmartre, dominated by the Sacre Coeur basilica, the square of the outdoor painters and the house of Salvatore Dali,getting to know a part of the nightlife of the city that never sleeps. Return to the hotel.
Overnight

Breakfast and we will start our tour from Notre Dame, the historic Sorbonne University, the Pantheon. We will admire the palaces of Luxembourg, Saint Sulpicius and we will be driven to the neighborhood of Saint Germain with the popular cafes de Magot and de Flor, but also the church of Saint German. We will pass by the Orsay museum, the Palace of the Armies, the tomb of Napoleon I, heading to the Eiffel Tower. We will still see the Arc de Triomphe, the French Parliament, the Luxor obelisk, Bernini's baroque Fountains, the Ceramic gardens.We will pass by the Church of Saint Magdalene and the Opera Garnier, the National Academy of Music and the Place Vendôme Then we will be transferred to the Louvre, where we will be guided to the most brilliant museum in the world. There, along with the other exhibits, await us the three Queens of the palace, the Venus of Milos, the Victory of Samothrace and the enigmatic Gioconda by Leonardo Da Vinci. Then we will have free time in the city center, for shopping and eating on our own. Overnight

Breakfast and today we will get to know a very beautiful and important part of the city's history, the Bastille Square. A symbol of arbitrariness and oppression, it was seized by the revolted people of Paris on July 14, 1789. Its commander, Lonnet, had ordered to fire on the crowd besieging it. The date of the fall of the Bastille, which meant for France the end of royal arbitrariness, was established from 1880 as a national holiday of France. Then we will wander through the beautiful Marais district that surrounds the Voz square with Victor Hugo's house and we will end up in the Latin quarter.Labyrinth streets, countless bistros and cafes make up a unique bohemian ensemble. This neighborhood hosted the greatest intellectuals of the time who enjoyed their coffee in the famous shops of the area. Then we will be transferred to the famous temple of Agios Sulpikios. The construction of the temple dates back to the 13th century, while the new building was founded in 1646 and after 140 years of work was completed, with the two-story facade and three colonnades being the focus of attention in the overall aesthetic. The Marquis de Sade and the poet, Charles Baudelaire were baptized here, while the marriage of Victor Hugo and Adele Fouchet also took place. In 1727 Languet de Gergy, priest of the temple, commissioned Henry Sully, clockmaker and astronomer, to make a sundial so that he could calculate Easter and the equinoxes. This meridian line of brass was placed along the floor and reached up to a white marble obelisk, about eleven meters high, on the top of which is a globe with a cross. Return to the hotel. In the afternoon we recommend a walk along the beautiful Avenue of the Champs-Elysées, illuminated with millions of lights. Overnight.

Breakfast and we will depart for Disneyland. Live for a while in the era of the Far West with riverboats and canyons, visit the pirate island with the treasures. Visit the magical world of Sleeping Beauty, Snow White and the 7 Dwarfs, Pinocchio and Peter Pan. Travel to the Visionarium with Jules Verne, risk a journey between meteorites and spaceships on the Star Tour. Late afternoon return to Paris. Free time at your disposal for coffee and lunch on your own. Late afternoon return to Paris.

Breakfast at the hotel and will be followed by an optional full-day excursion to the wonderful Normandy. Our first stop is the fairytale Deauville, known as the "Monaco of the North", an old aristocratic resort where exquisite houses have been preserved. Stroll through the picturesque alleys of the city and visit the covered market of Deauville where one can find local products. Finally, we recommend a photo at the city's famous beach where many French and international films have been shot. Then boarding the coach and crossing Trouville, a favorite city of the impressionists, we will take the Cote Fleurie,through a green route and we will arrive at the old fishing village of the Vikings, Honfleur, a historic area amphitheatrically built around the port, starting point of all the great seafarers of France. Free time for shopping, food and coffee. Return to Paris. Overnight.

Breakfast and enjoy your free day in Paris. We suggest you move to the Opéra area, with the Galeries La Fayette and Predab department stores. Then transfer to the airport and return flight.

Included
Airline tickets with Aegean Airlines
One piece of luggage 23 kg and one piece of hand luggage 8 kg per person
Accommodation at the hotel of your choice
Breakfast
Travel by luxury bus
Scheduled tours
Experienced Leader -Escord
V.A.T.
Liability insurance
Not included
Entrances to museums, archaeological sites, shows and generally where required.
Airport taxes and fuel surcharge
Local municipal hotel taxes
That is mentioned in the program as optional or suggested.
Useful information
The flow of the program may vary without skipping a beat
In order to take the optional excursions, a minimum participation is required 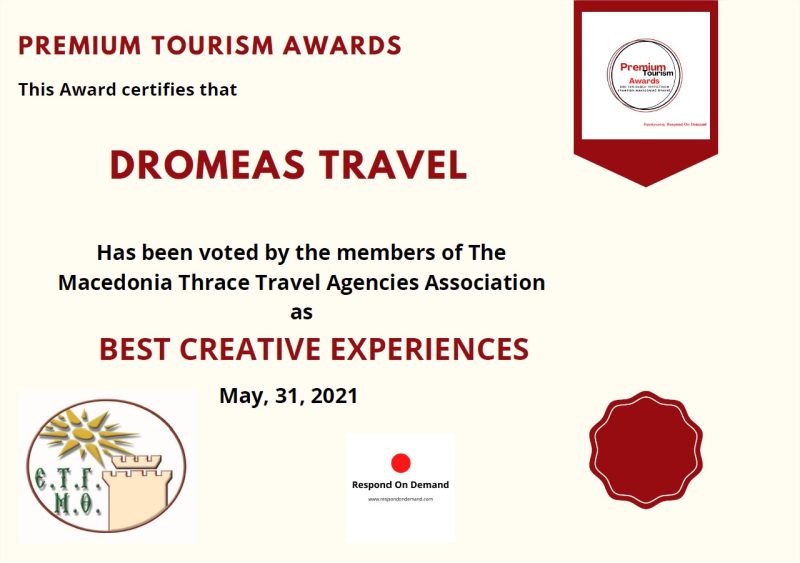